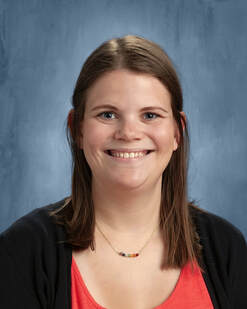 President
Kathleen McBee is in her seventh year with Elkhorn Public Schools teaching K-5 general music at West Bay Elementary. Kathleen graduated from the University of Nebraska-Lincoln with a Bachelor's in Music Education in 2016. She has completed all three levels of Orff Schulwerk at UNL and all three levels of Kodaly at UNO. In her free time, Kathleen likes to teach and practice yoga and read. Kathleen and her husband Jesse are also passionate about animals, volunteering and working at the Nebraska Humane Society. They have four rescue animals of their own; three dogs, Stu, Winston, and Leo and a guinea pig, Lightning. 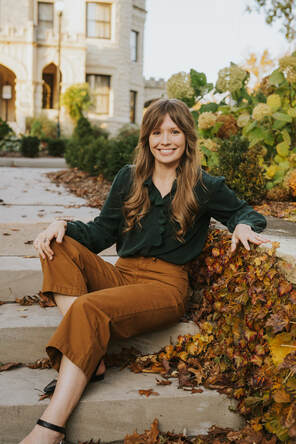 Vice President & Membership Chair
​Kaitlin Beck ​is in her fifth year teaching K-5 general music at DC West
Elementary School in Valley, Nebraska. Outside of the school day, she acts as the co-director and choreographer for the Disney Musicals in Schools program and sponsors ukulele club. Prior to teaching at DC West, Kaitlin served as the Associate Director of Choirs for the Omaha Children’s Choir and Music Director for the Alleluia, Amen! Children’s Choir at Westminster Presbyterian Church in Lincoln. She graduated from Nebraska Wesleyan University in 2016, earning her Bachelor of Music in Education with an
emphasis in K-12 vocal music. Kaitlin has completed her Orff Schulwerk and World Music Drumming certification levels and is currently pursuing a Master of Arts in Music Education from the University of St. Thomas. She presents at the local and national level and is often inspired by the connections between movement, literature, and the visual arts. Kaitlin lives in Omaha and can be found enjoying a cup of coffee with friends and family, reading a good book, and snuggling with her cats Opal and Otis. 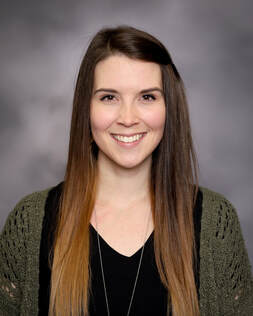 ​Secretary
Emma Shaner will be starting her sixth year teaching music as a graduate of the University of Nebraska-Lincoln. She has taught PreK-8 th grade general music at Meridian Public Schools and K-4 generalmusic at Plattsmouth community schools where she also directed two shows with the Disney Musicals in Schools Program through Omaha Performing Arts. This fall, Emma will be returning to Cody Elementary in Millard Public Schools for her third year, where she teaches preschool through 5 th grade students. Emma has completed her Orff Schulwerk training I-III, all from University of Nebraska-Lincoln. This will be Emma’s third year serving on the Great Plains Orff Chapter board, and first year serving as secretary. When not singing, speaking, moving, or playing, Emma enjoys crafting, cooking, tending to her plants, biking, and playing games with her family. 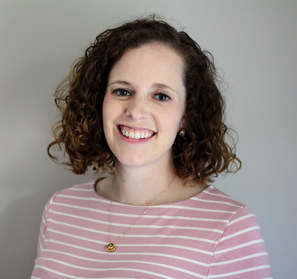 Treasurer
​Chelsea Kuddes is in her thirteenth year of teaching, and tenth year at Logan
View Elementary School in Hooper, Nebraska. At Logan View, she teaches K-6
General Music and co-teaches 6th Grade Band, along with Bucket Drumming, Choir,
and Jazz clubs. Chelsea also teaches private piano lessons and is assistant director of
the choir at St. Mary&#39;s Orthodox Church in Omaha. She completed both her Bachelor of Music Education and Master&#39;s of Music with a specialization in Music Education atthe University of Nebraska-Lincoln. Chelsea earned her Orff-Schulwerk Level I, II, and III certification at the University of Nebraska-Lincoln as well. This is her fourth year serving as treasurer of the GPOC. Chelsea and her husband, Caleb, live in Fremont and spend their free time enjoying their three kids. 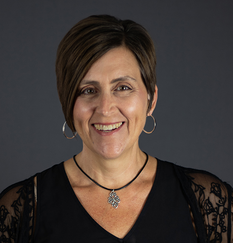 Program Chair
Kristine Wolfe is a General Music Specialist in the Papillion - La Vista Community School District. She holds a BM from Iowa State University and a MM from the University of Nebraska - Omaha. Kristine has been actively involved in GPOC since 2004, having served as Membership Chair, Vice President and President. In addition to her Kodaly training, Kristine is an Orff-Schulwerk Level I Basic instructor and workshop presenter. Kristine and her husband Patrick live in La Vista with their 4 children: Paige, Abbie, Parker and Avery. In her free time, she enjoys watching her husband and kids perform on the stage and the ball field, as well as playing oboe & recorder. 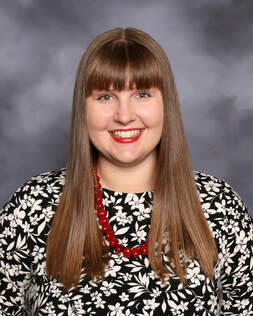 Publications Editor​
Sara Alswager is a twelfth year teacher and tenth year board member of the Great Plains Orff Chapter. After receiving a BME from the University of Nebraska-Lincoln, Sara completed Schulwerk Levels I & II at the University of Nebraska-Lincoln, Level III at Southern Methodist University, and an SMU Master Class with Werner Beidinger. Sara’s elementary chorus students have been featured soloists at the Sing Around Nebraska Honor Choir, and her 4th & 5th grade ensemble Swingin' with 'Swager has won two Clinician's Choice trophies during annual appearances at the Nebraska Vocal Jazz Festival. Sara received her master's degree from the University of St. Thomas Graduate Programs in Music Education where she studied choral conducting with Dr. Angela Kasper and Dr. G. Phillip Shoultz III. In her spare time, Sara is an active honor choir clinician, a co-director of Justice Choir-Omaha, social media contributor for the national Justice Choir organization, and loves to visit art, music, coffee, and food venues. 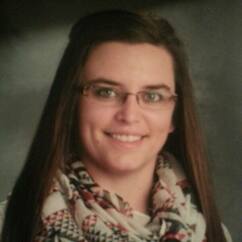 Amanda Weddel teaches K-5 Music at Falling Waters Elementary in the Gretna Public School District. Amanda received her Bachelors degree from Wayne State College, and her Masters at the University of Nebraska Lincoln. She completed her Orff level I and II at the University of Nebraska at Lincoln, and cannot wait to take her third. Amanda and her husband, Chris, and their son, Teddy currently live in Omaha, Nebraska. 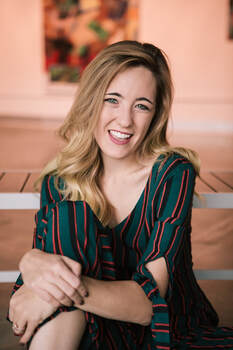 Member-At-Large
Megan Stroup is currently in her seventh year of teaching K-5 General Music at  Zeman Elementary in Lincoln Public Schools. She also directs a 3rd-5th grade chorus that  was featured at the Nebraska State Capitol for Music In Our Schools Month. In 2018, Megan  was honored as Young Music Educator of the Year by the Nebraska Music Education  Association. Megan attended Doane University where she earned a Bachelor's Degree in  Music Education and a Master's Degree in Curriculum & Instruction with an English  Language Learning Endorsement. She completed her first level of Orff at the University of  Nebraska-Lincoln, her second level at VanderCook College in Chicago, and her third level at  Southern Methodist University in Dallas, TX. In addition to her Orff training, she has  completed Levels I, II, and III of World Music Drumming. Megan and her husband Frank, a  music educator as well, live in Lincoln with their daughter, Scarlett, and two cats, Harper  and Bebe. 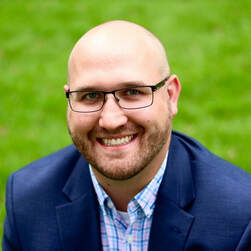 Member-At-Large
Michael Stinman currently serves as the General Music Specialist (K-5), the Middle School Jazz Band director at Treynor Community Schools in Treynor, Iowa. This is his 7th year at Treynor and 11th year teaching overall. Always seeking out new educational opportunities, Michael loves finding creative ways to make a connection with his students through music. Michael earned his Bachelor's degree in Music Education and Vocal Performance from Hastings College, and is currently working toward a Master's degree in Music Education. In addition, he has completed Levels I, II, III, and a Master Class in Orff-Schulwerk from the University of Nebraska-Lincoln and Level I, II, and III of Kodály from the University of Nebraska-Omaha. In 2019, Michael received the Charles E. Lakin Outstanding Teacher Award. He is a proud member of AOSA (American Orff-Schulwerk Association), OAKE (Organization of American Kodaly Educators), and is a board member for their respective local chapters. 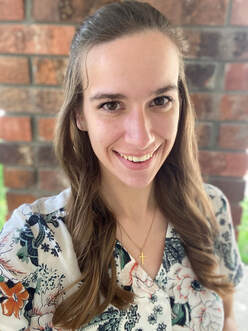 Member-At-Large
Claire Lux teaches K-6 Music at Bell Elementary in the Papillion-La Vista School District. She graduated from the University of Nebraska – Lincoln in 2019 and is in third year of teaching general music. She has completed Level 1 of Orff and World Drumming. After school she also offers a World Drumming club for students in 5th and 6th grade. Claire also teaches private clarinet lessons and is a woodwind specialist for the Millard North High School Band. In her spare time she enjoys playing piano and being outside with friends and family. Claire is currently pursuing a Master’s degree in Music Education from the University of Nebraska - Lincoln. 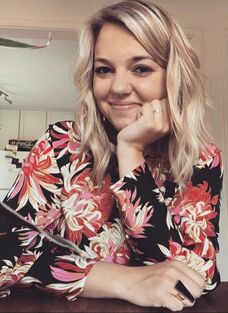 Member-At-Large
Madeline McGuire is currently going into her 5th year of teaching with Lincoln Public Schools at Sheridan Elementary teaching K-5 general music. She also taught K-5 general music at Riley Elementary where she partnered with the Disney Musicals in Schools Program through Omaha Performing Arts and directed “Aladdin”. It was at Riley Elementary where she received the 2019 annual Inspire Award. Madeline graduated from Doane University where she earned her Bachelor’s of Music Education. She has also received her Level i (2018), Level ii (2019), and Level iii (2021) Orff certification at the University of Nebraska-Lincoln. She is a proud member of AOSA (Amercian Orff-Schulwerk Association). In Madeline’s free time, she likes to be a plant and dog mom, read, sing duets with her husband Will, and embroider. 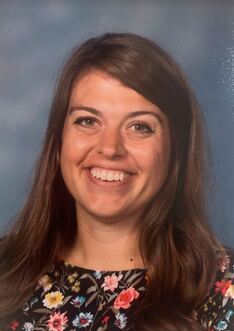 Member-At-Large
Lori Mills teaches K-5 general music at Woodbrook Elementary in Elkhorn. This is her second year in Elkhorn, and ninth year teaching overall. Lori earned her Bachelor’s degree in Music Education with a dance minor from the University of Nebraska-Lincoln. She also received her Master’s degree in Music Education from UNL.  Lori has completed all three levels of Orff. In her free time, Lori likes to play tennis and go on long bike rides.